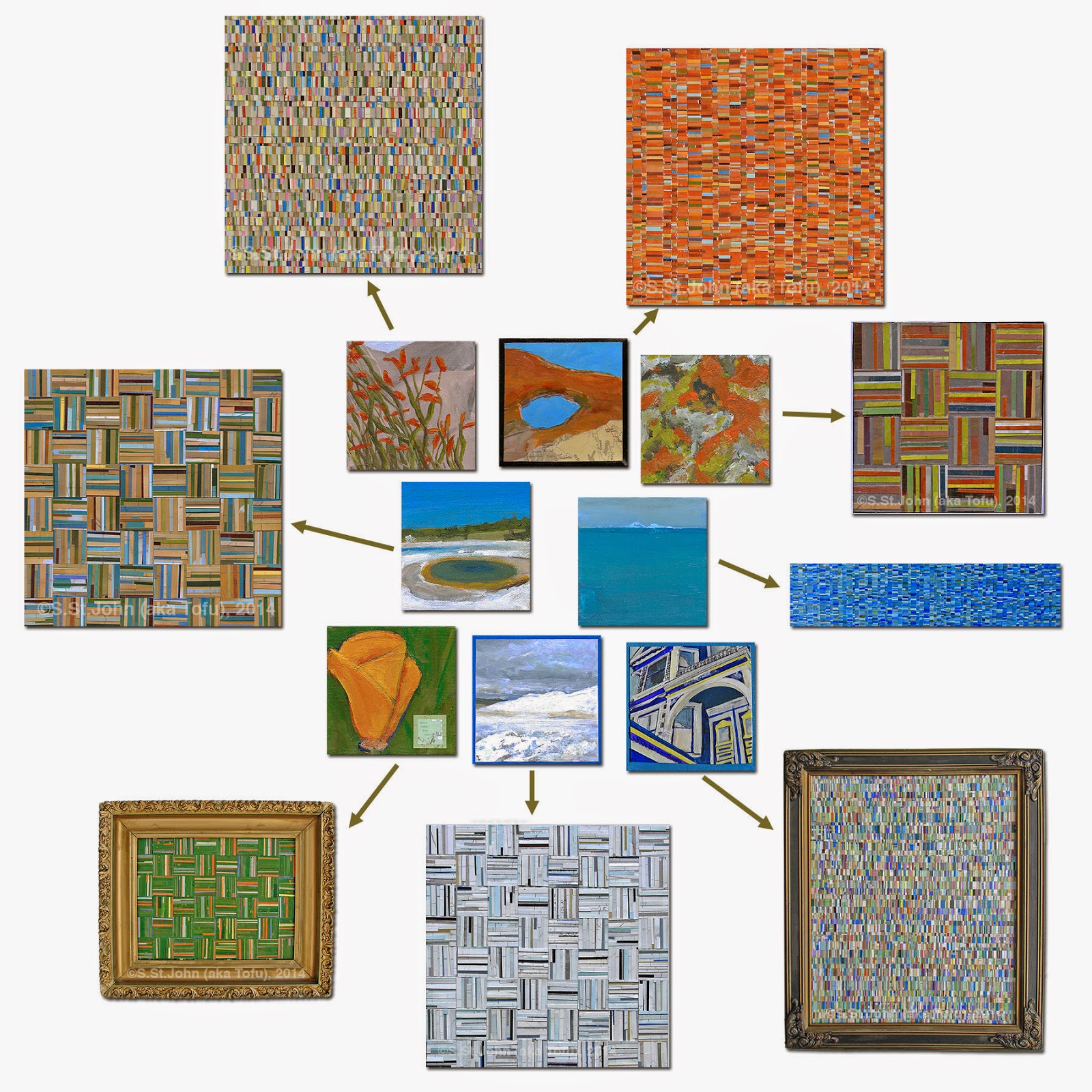 Three years ago now, I was in the middle of the 2011 Project and making a 4”x4” piece of mixed media art on each day of the year.  By this point in 2011, I realized I was also working on a series that was akin to a sketchbook for future work.  My subsequent new work and shows in 2012 and 2013 proved that.  Now it’s time to exhibit the latest series of work called Collagescapes.  Some of the new work is shown above as well as the 2011 pieces that influenced them.

Collage + Landscape = Collagescape will be on view at San Francisco’s Glama-Rama Salon and Gallery.  The show runs from July 29 to September 28, 2014.  The opening reception is on the evening of Friday, August 1 (7pm to 10 pm).
Posted by Tofu at 4:08 PM No comments: 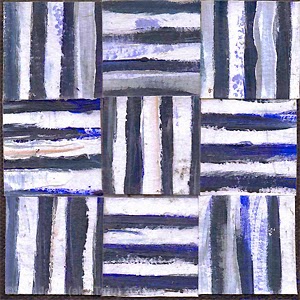 Three years ago, at this point during the 2011 Project, it became clear to me that one of things I was creating was a series that was like a sketchbook for future work and ideas. It was when I began talking about the theory that, at some point in the future, we artists would see a demise of source material four our collage work.  The electronic, world we live in is diminishing the amount of ephemera we are creating for future art projects.  For example, we generate less and less ticket stubs, postcards, colorful luggage tags, non-digital photographs, etc.

Three years ago my response began with the piece shown above.  It’s time for artists to start making their own material for the purpose of collage.  We have a long way until we really run out, but it is good to think ahead. Since then I have been exploring the idea of making my own material.  This year I am getting ready for a new show opening in July.  It’s a series of work I call Collagescapes — where painting meets collage (see below).  Instead of cutting up finished paintings, I am painting fields of color for the various places I wish to depict.  I then cut up those colors and reconfigure them into new work. Collage + Landscape = Collagescape.  It’s come a long way since that one piece back in 2011. 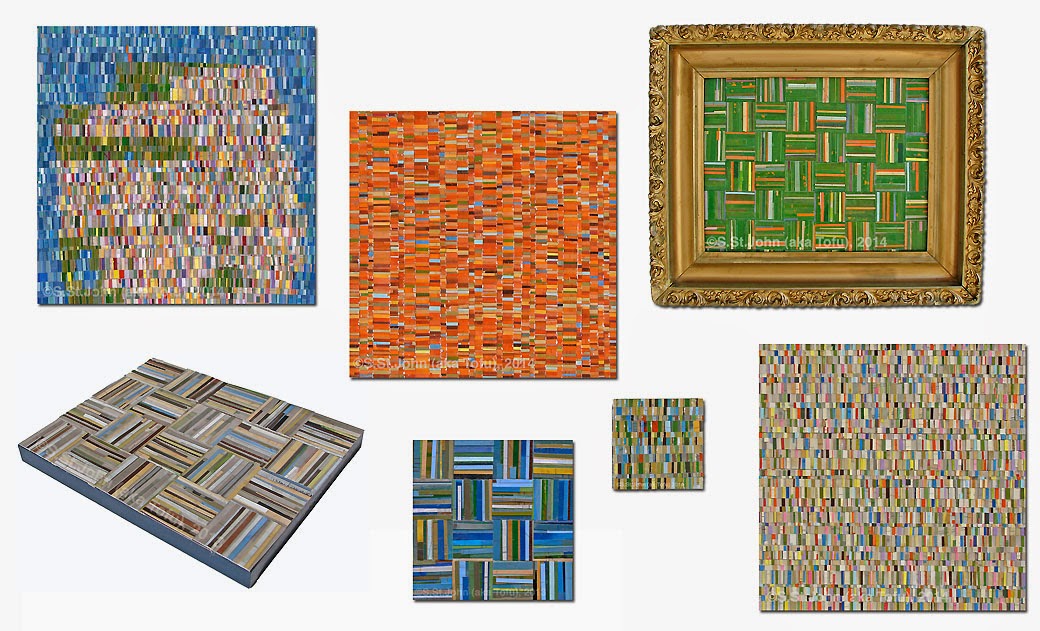 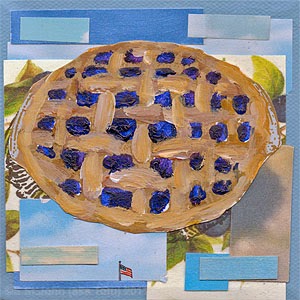