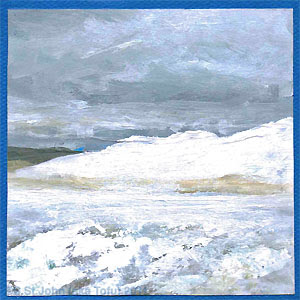 Welcome to December, in many places it’s time to anticipate the first snow of the winter. In some places it has already happened and they’re waiting for more. In October I dodged the first snow and headed south through the Owens Valley after a day in Bodie. I was ahead of the Sierra’s first storm of the winter. Many years I have had my first snow quite unexpectedly in October or September. I’ve had to cancel trips to the North Rim of the Grand Canyon, change course in Utah, hit road closures in Oregon and cranked the heat in the car as I found myself in a snow covered pass in Colorado. Lesson #1, altitude trumps the calendar.

A few years ago in October I went up from New Mexico into Southern Colorado. The photos I had seen of Great Sand Dunes National Park were striking. Massive dunes in the middle of the Rockies — I had to see it for myself. I woke in an Alamosa, Colorado motel to an ice encrusted rental car and a few inches of snow. In the national park the sky was heavy, the dunes were covered in snow and it was really cold. Next time, I have to get there before the first snow.