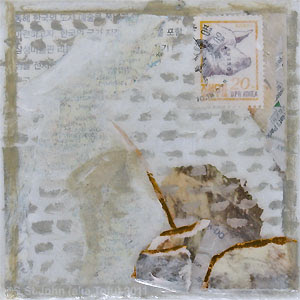 When artists talk about places they want to visit to look at art, they are likely to mention New York and Paris and such places that many people traditionally associate with the art world. For me, the place I most want to go to look at art is Korea. This may seem unusual, but it all started back in 2003 when San Francisco’s Asian Art Museum had a show of Eight Contemporary Artists from Korea. This show was a real eye opener that had me going back and back to the museum when it was still in Golden Gate Park. I saw that show at least four or five times. I didn’t know much about Korea but it was clear that something was up in Seoul. Since then, the Asian Art Museum has had other new work out of Korea. It might be the best museum for contemporary art in San Francisco. See more about my thoughts on that on my art blog. These “teasers” from Korea make me suspect that Seoul is emerging as one of the real centers of innovation in art.

Much of the contemporary art I have seen from Korea is an expansion on traditional themes in Korean art. That is the case with the current show of contemporary ceramics called Poetry in Clay that I saw last week. That museum visit has inspired today’s piece for the 2011 Project. Now, I need to figure out how to visit Korea in 2012.