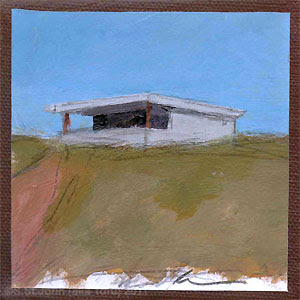 In California, and particularly the Bay Area, old and abandoned forts, batteries and bunkers are plentiful. Across the Golden Gate Bridge, in the Marin Headlands, you can’t wander far without finding reminders of an earlier era of military defense. Many of the structures are from World War II. It might surprise some how interesting and aesthetically pleasing many of the old bunkers and gun batteries look today. I often see them as being like sculpture emerging from the golden hills. I find them haunting in the fog or striking in bright sunlight. It’s also easy to imagine the bunkers as precursors for the mid-century architecture that perched modernist homes on California hillsides. If we maintain our “ancient” fortifications for a few more centuries, they may seem as interesting for future tourists as any European castle.