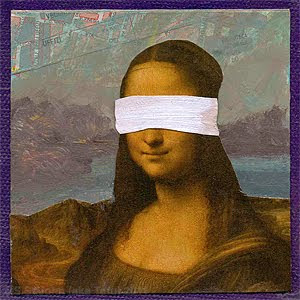 100 years ago today the Mona Lisa was kidnapped from the Louvre. Many would say she was stolen, but I think when it comes to the Mona Lisa, we’ll call it a kidnapping. She didn’t make it back to her French home for two years. Even Pablo Picasso was questioned as a possible suspect. In the end, the culprit was a Louvre employee named Vincenzo Peruggia. Mona lived with him for two years. And that thought alone makes me want to write a play. If only I had the time. Finally, Signore Peruggia tried to sell the painting to the Uffizi in Florence. He was arrested and served a scant six months with the reputation of being a patriotic Italian trying to repatriate the Mona Lisa.

She took a tour of Italy before returning to Paris. Spent World War II in hiding and since has survived acid attacks and a rock. Safely now behind bulletproof glass, she even survived a coffee mug hurled at her in 2009. It makes one wonder why museums sell things like coffee mugs at all. It’s been quite the century.