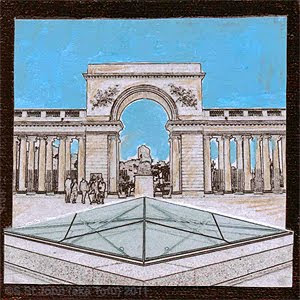 It usually happens a little earlier in August but at least the summer is over and the summer has begun. The fog summer is easing up and the hot summer can start. Today there were even blue skies at the Legion of Honor. It’s always nice to head out there for a little inspiration. The current “big” show of 17th Century Dutch painting was all about the sky as well. In a land of a featureless flat landscape, Dutch artists are always forced to play up the sky – and they did a good job of it 400 years ago. Adding drama where there might not have been all that much.