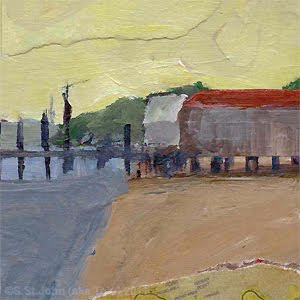 Hiding in plain sight is a treasure of a state park called China Camp. It’s just off the freeway on the shore of San Pablo Bay. The park derives its names from a shrimp fishing village settled by Chinese immigrants in the 1880’s. It’s a quiet and calm place with a collection of historic buildings.

California has an impressive collection of state parks (many are what one might call “national park caliber”). California is one of the richest states in one of the world’s richest countries, yet plans are on the table to close China Camp along with many other state parks. You better go soon if you want to see the place. It’s hard to imagine the park being closed, but it looks more and more likely.