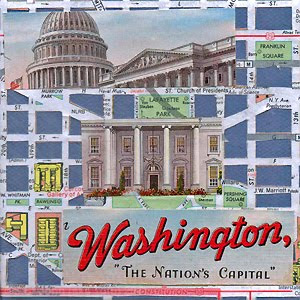 Peter L’Enfant’s city is a place that all Americans can call “our city.” L’Enfant was the civil engineer and architect commissioned by George Washington to design the nation’s capital. Ultimately the design of Washington, D.C. was a collaborative effort but the heart of the plan came from L’Enfant. Peter started using an Americanized name when serving in the Continental Army during the Revolutionary War. L’Enfant was born Pierre Charles L’Enfant in France on this day, August 9, 1754. It seems appropriate that America has a capital city designed by an immigrant.

Regardless of how one feels about the people running things in Washington, it is hard not to be impressed by the city. The streets are wide and open though still feel comfortable for pedestrians. The buildings and monuments are in many ways an expression of an imperial city yet Washington can be described as a city of accessible grandeur. The accessibility of our capital city and our country is something all Americans have to fight to maintain. The One Percenters have their lobbyists and functionaries in Washington. We have seen that they are willing to hold the country hostage for their own gain. We need to remind them that L’Enfant’s City belongs to all of us.