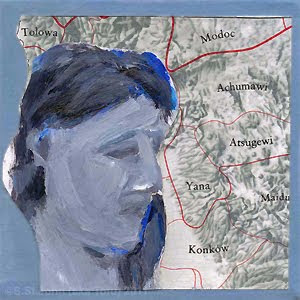 Not far from his homeland, in the shadow of Mt. Lassen, one hundred years ago today, a Yana man walked out of the mountains near Oroville, California. He was a Native American and the last of his people —The Yana. He actually did not have a name, he was alone and he never had a naming ceremony. The anthropologist Alfred Kroeber named him Ishi, which means man in the Yana language. Ishi was brought to San Francisco and lived for the remaining five years of life on the campus at of UCSF.

If the story is at all familiar to you, you probably learned about Ishi in an Intro to Anthropology course back in collage. Kroeber built his career on Ishi and sadly all that most of us know about Ishi has been distilled into a multiple-choice question on a midterm exam.

As a country, America still remains a long way from really coming to terms with its history. We still have not grasped much of what ensued in the years since 1492. Most of us have moved beyond the simplistic old Hollywood Cowboys and Indians mentality. Nowadays there is generally a better understanding of the diversity and richness of different Native American peoples. Occasionally we even get some more “realistic” depictions of Native Americans in popular culture. There has been a marked improvement of the way history has been presented. But there still is something missing.

America is afraid to use the “G” word. We shy away from using the word genocide when telling American history. It’s not an easy for any culture to comes to terms with the darker side of its history. Without an honest understanding of all the facets of the American story, and particularly some of the sadder and darker stories, it may be impossible to truly heal many of the wounds inflicted as America expanded.

One hundred years ago, when Ishi emerged from the wilderness, he was the last of his people. They did not die out. They were brutally murdered. The California Gold Rush was not just a search for riches. There was a systematic campaign of what we now call ethnic cleansing in the Sierra Nevada. Native Californians were the victims of the kind of genocide that many Americans would rather imagine happening in other places, but not in America and certainly not in the Golden State.