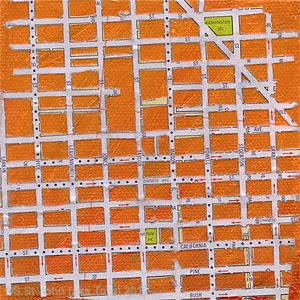 In San Francisco 1906 only means one thing. Today is the anniversary of the earthquake struck and subsequent fire that destroyed about 2/3 of the city. 200-300,000 left homeless and over 3,000 perished. Over a century later and the historical facts of the disaster are still open to debate. The exact number of deaths was never even established. Like many natural disasters, this one was worsened by bad decisions and human incompetence. Corruption lead to inadequate and poorly built infrastructure – chiefly the City had no water flowing to fight the fires. Some histories portray Frederick Funston as the military hero who saved the City. Yet, Funston was an outsider and a reactionary who illegally seized power. His obsession was protecting private property and preventing looting. Ordinary San Franciscans were determined to pitch in and fight the fire. Funston ordered his troops to clear the city and thousands of volunteers who wanted to help. We were turned back at the point of bayonets. And the city burned.

I live below Alamo Square in a neighborhood that was just spared the spread of the fire. There is an iconic photo taken of San Franciscans watching their city burn from the square. It is no wonder that park always feels haunted to me.

On this anniversary we can remember and we can prepare for the next big one. It will happen one day. When the earthquake happens, I have no doubt we will all come together and save, repair and rebuild our beloved City. And, like a century ago, I have no doubt people from all over the world will help us in those efforts. But most of all, we must be ready ourselves. The incompetent government responses to disasters like Hurricane Katrina and earthquake and tsunami this year in Japan are reminders – be ready!