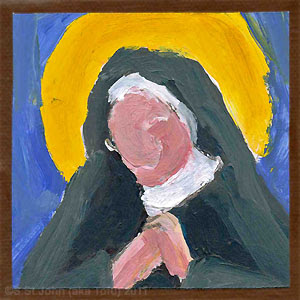 For some time I have been pondering how I should address the Anniversary of September 11th. So many pieces for the 2011 Project have been date specific. Obviously this would be a date I could not ignore. The most obvious choice would be some kind of memorial piece. As important as memorials are, I’ll save that for another time. Instead, I decided to focus on one of the most positive things I witnessed in the aftermath of that horrible morning.

I remember back to the days shortly after September 11th. Within a couple of days many of us had to just turn the news off. It was not about forgetting, but people needed things to distract them, if even for a brief moment. Not surprisingly, the shelves of video stores were emptying out.

During that week, I’ll never forget what was possibly the most beautiful thing I have ever seen on TV. It was a few nights after September 11th. It was the evening television broadcasts were starting get back to “normal” programming. At last it was possible to watch something, anything else. I can’t say what the date was, but the first program I watched that night was at 9 p.m. on KQED. It was back to the regular schedule and Sister Wendy was on with her new series.

I love Sister Wendy. She is sweet, entertaining and loveable, a delightful personality and, with that, she is incredibly smart and knowledgeable. She carries on the tradition of the days when PBS was known as educational TV. No one can explain a work of art like Sister Wendy. I knew Sister Wendy would be a perfect distraction.

In 2001 she had a new series called the American Collection. It had a visit to a different American art museum every week. The episode for that night had been filmed in New York City at the Met. There was Sister Wendy in the city we had been watching all week. And there she was, showing us work after work of Islamic art at the Met. This brilliant, endearing, Catholic nun was going on about the beauty of Islamic Art — that moment was magic and truly divine. For just a brief instance, against all the anger and fear in the world, there was a voice of sanity. It was a reminder that, in spite of all the evil in the world, the world is a good place. I have never felt it was ironic that Sister Wendy was on TV that night in an episode filmed at the Met in New York. It was miraculous, but it was not ironic.