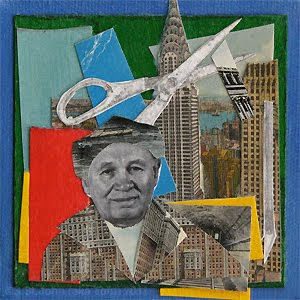 One hundred years ago today one of America’s true Renaissance Men was born. He was an educator, a writer, a musician and an artist. Romare Bearden was an artist at the heart of the Harlem Renaissance and he was a true Renaissance Man. Bearden could be considered the Father of Modern Collage. His work has influenced countless artists, myself included. I personally considered Romare Bearden a major source of influence and inspiration on my own work. With that in mind, a Beardenesque collage for today’s piece for the 2011 Project.