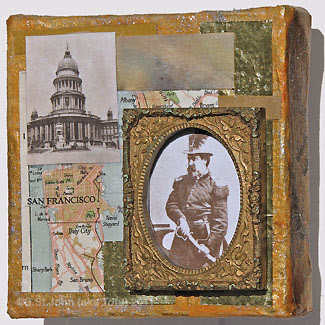 Most people don’t think of America as a monarchy. They assume the Declaration of Independence back in 1776 saw the end of kings and emperors. Well, not quite. In San Francisco on this day back in 1859, Emperor Norton declared himself “Emperor of these United States” as well as the “Protector of Mexico.” Now, San Francisco has been known for all sorts of eccentric characters throughout its history, but in the case of Emperor Norton, we all pretty much went along with him and to a certain extent recognized Emperor Norton as our beloved monarch.

His Highness was ahead of his time. It was Emperor Norton who called for the building of bridges to span the Bay as well as a tunnel to Oakland. Thank Emperor Norton the next time you ride BART. He issued a decree to form a League of Nations. And in 1945 the U.N was founded right in San Francisco. Some of Emperor Norton’s ideas still have not come true, but maybe in time. Emperor Norton abolished the U.S. Congress due to its corruption. In 1869 he declared both the Republican and Democrat parties abolished as well.