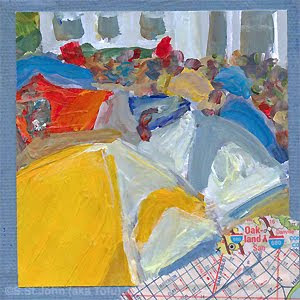 If you think back a few months ago, it’s hard to imagine that something as simple as the tent would gain such symbolic importance. And wherever the Occupy Wall Street movement goes from here, it has already succeeded in that it has opened a dialogue about wealth and power that we have not had in 80 years in the United States. Yesterday I was in Frank Ogawa Plaza in front of Oakland’s City Hall. It was inspiring.