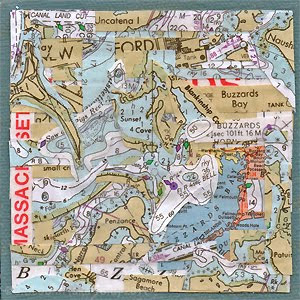 Unusual place names are only unusual if you’re not from around here — wherever here may be. For example, recently I met someone who found the name of the San Francisco neighborhood called The Inner Sunset quite amusing. I guess he sort of had this cosmic perception of a place called the “inner sunset.” Clearly he’s never had lunch on Ninth Avenue. I remember a similar reaction a friend had as we once drove through Braintree near Boston.

Buzzards Bay was just the first town over the bridge. I drove through every day for four years. It was on the way to college. It was just name. My brother and his family even used to live in another town along the coast, a few hundred feet from the shores of Buzzards Bay.

I can understand how a name like Buzzards Bay might conjure up all sorts of imagery for some people. With a name like Buzzards Bay, it could be perfect for the Goth Riviera, if there was such a place. Old widows on widow’s walks in black lace shawls. Overgrown graveyards, rusty gates and lopsided shutters. I once overheard two women commenting that the artist Edward Gorey lived on Cape Cod in Buzzards Bay. I politely corrected them letting them know he actually lived in Barnstable. Buzzards Bay just sounded like the sort of place he would have lived.

Buzzards Bay is not the most popular tourist destination. Most people keep driving through, cross the bridge and head further out. Perhaps they should consider playing up the name and attracting a more macabre set of tourists. They would have to import some real buzzards though, there aren’t any to be seen flying along it’s shore.