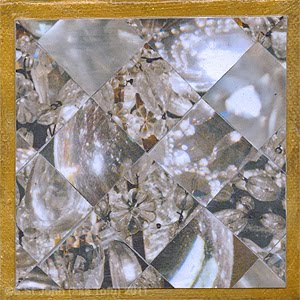 One might assume that chandelier has the same meaning in French. Yet chandelier is actually the word fro candlestick. Lustre is what the French call a chandelier and appropriately from where we also get the English word luster.

There is a chandelier at the Legion of Honor that is probably the most beautiful one in San Francisco — words like luster, brilliant and radiant can all be applied. The chandelier compels many visitors to get the camera out. The artist Timothy Horn even did a magnificent recreation of the chandelier — in sugar! The chandelier hangs in one of the period rooms, a salon from the Hôtel de la Trémoille in Paris circa 1781. I always make a point to linger in that room on every visit to the Legion.

I have been told that ghosts live in glass doorknobs. If that is true, I can just imagine what sort of spirits watch over the room from the crystals in the chandelier. The room itself always feels a bit haunted, but the spirits seem to tolerate those of us who appreciate the allure of pre-revolutionary France. The Legion of Honor may be one of the most haunted places in San Francisco. The building sits on top of a cemetery where the gravestones were removed but many of the graves were left behind. I can just imagine what the building is like after hours. Do the ghosts of old Paris and Gold Rush Era San Francisco get along together? It could make for a good story.