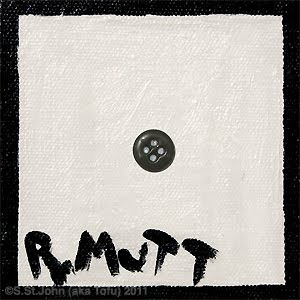 I could just leave it at the title. To honor one of the founding fathers of conceptual art, nothing more needs to be said, but as you might imagine, there is a story.

Back in the 1980’s I went to school just outside of New Bedford, Massachusetts. It’s a real old fashioned, mill town from the days when we still made things in America. Back then, factory outlets meant a little store next to the factory that sold the rejects. Items like jeans with pockets sewn shut, mislabeled sizes, shirts with one arm longer than the other, etc. And the outlets were really cheap. New Bedford has had decades of hard economic times making it one of the poorest cities in New England. Back in the 1980’s Calvin Klein jeans were the height of consumer style and very expensive, yet everyone wore Calvin Klein in New Bedford. You could wear $100 jeans for $10.

I wore my brand new, white Calvin Klein jeans to a concert in Stockholm. It was Johnny Thunders’s first concert in Sweden since he had been allowed back in the country. At his previous show he nearly overdosed on stage. He had been subsequently deported. It wasn’t easy to get deported from Sweden. You had to try really hard. The show I attended was sold out and filled with voyeurs waiting for something to happen. Alas, it was just a rather well done and very uneventful performance. Sadly, Johnny did pass away under somewhat mysterious circumstances, in 1991 in New Orleans.

The most excitement for me that evening involved my factory outlet jeans. The jeans had a zipper fly with a button on top. I discovered the flaw in the pair of jeans while in the men’s room. The button wasn’t attached well. I can still hear the distinct, loud ping when the button went flying into the urinal. The crowded men’s room all stopped, for a moment you could hear a pin drop. Or, hear a button fall into a urinal. And no, I did not retrieve the button, but it did look similar to the one used for today’s piece.