Early into the 2011 Project I realized that many of these small 4”x4” inch pieces were serving as studies for larger pieces. Back in January I did a piece that incorporated pieces of vintage postcards of Washington State. Pleased with the results, it started a series of a slightly larger pieces I called postcard deconstructions.

In June I started a bigger piece, 36”x48”. It took approximately 5,500 pieces of vintage postcards. I used American postcards from between 1910 and 1950 and selected ones that were reproduced illustrations/paintings instead of photos. The result is a piece titled American Adventure. Some images are below. Additional work can be seen here. 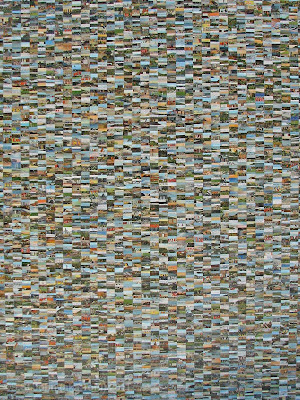 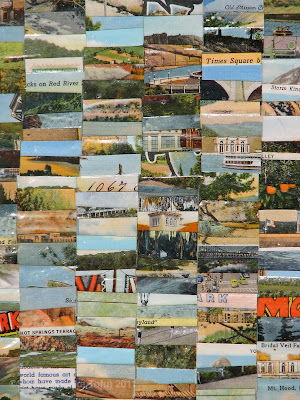