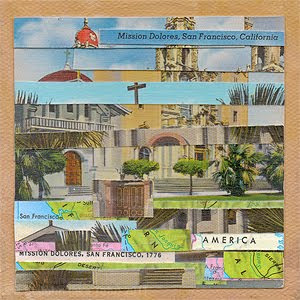 Most Americans know what happened on July 4th in 1776. We should be able to say “all Americans.” But as of late, we have seen some rather odd distortions of history, even from politicians who have managed to get elected to Congress or as Governor of Alaska. So, let’s say “most’ Americans.

One of the flaws in how we learn American history is that it is basically taught from right-to-left. The basic story goes Plymouth Rock to 1776 to the expansion westward of the United States. The New England bias was even so strong when writing the history books, that Jamestown barely gets mentioned. The basic narrative is true, but it really is only one of the many perspectives.

There is another American story for 1776. On the Left Coast in 1776 events were happening that were also playing a significant role in American History. In March 1776 the Spanish chose a patch of land at the mouth of the Golden Gate for their presidio. Then one week before the Declaration of Independence was signed, the first mission in San Francisco was founded. It was in a beautiful, warm, sheltered spot with a stream flowing into a small lake. Those were the first seeds of the city that was to become San Francisco as well as the place that was to become modern California. Those seeds pretty much lay dormant for about 70 years, but like many California natives, some plants need the right conditions to take off.