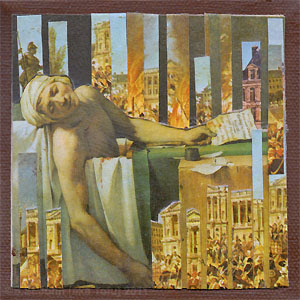 It was one of the most iconic baths ever taken, and it occurred on this day back in 1793. The bath was the last one taken by Jean-Paul Marat. Many of us know the image better than the subject or the artist. Jacques-Louis David’s painting La Mort de Marat (The Death of Marat) is probably the one image that is most associated with the French Revolution and the excesses that followed. It’s ironic, considering how many were killed by the guillotine that an image so associated with the French Revolution is of its leaders stabbed to death in the bathtub.