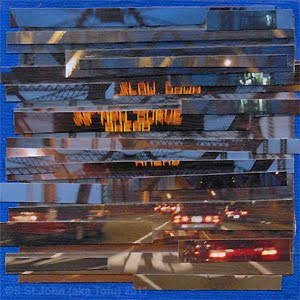 Once you come zooming down the Eastern Span, heading west, you know you’re almost home. There are two Bay Bridges. The Western Span is quite lovely connecting Yerba Buena Island to San Francisco. But with a sister like the Golden Gate Bridge, no one ever notices the Western Span of the Bay Bridge. As for the poor Eastern Span, she is the third sister. The Eastern Span is the sister with a “nice” personality. Actually, let’s just say she has personality, and honestly, she’s clumsy and she’s no beauty. But as you zoom along and look up at all the steel holding her together – hopefully for just a little longer — the Eastern Span welcomes you home, that crazy curve a quick tunnel and there is our City. From the Bay Bridge, San Francisco always looks great no matter the weather, no matter the time of the day.

The Eastern Span’s replacement will be ready soon (it actually would have been completed about 10 years ago if not for politricks). I already am missing that clunky old bridge.