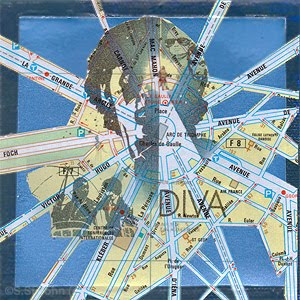 Sadly, the word “diva” has become so overused that it is beginning to lose it’s meaning. But the film of the same name lives up to its title. The other night I was surprised to learn that a friend, who knows his French movies, had never heard of, let alone seen Diva. It’s one of the greatest films of all time and I am rather astonished to realize it has already been 30 years since it was first released.

Diva was the directorial debut for French director Jean-Jacques Beineix. It starred Wilhelmenia Wiggins Fernandez and Frédéric Andréi. The film is visually beautiful and has one of the best soundtracks of all time. I have listened to the soundtrack hundreds of times. It includes an Aria from Alfredo Catalnai’s opera La Wally. Catalani is a relatively unknown Italian composer and his operas remain fairly obscure. His most well known contribution to music may be the aria used in the film.

Diva had a steady showing on the second-run theatre circuit in the 1980’s. As many of those old theatres have closed up, it’s sad that films like this don’t get shown very often. They become overwhelmed and lost in the in the thousands of titles available from services like Netflix. There was something to say for the curatorial approach that certain art house theatres took back then. It’s sad too, because like many films, Diva has less of an impact on the small screen.

If I still haven’t convinced you yet to seek out Diva, just watch the trailer…