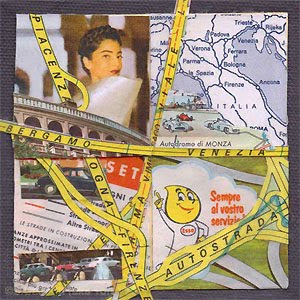 One might think the freeway was a California invention, but no, it was the Italians who first came up with them (and it should be noted it was under the fascists in the 1920’s). To my California ears, autostrada just sounds much more chic. I am tempted to say we should all start calling our freeways autostrada. Then again, there might be someone in Milan who has an image of the freeway being far more glamorous. Hollywood and all…. Foreign words are a good way to make things more interesting. Eating snacks behind the house on a slab of concrete can’t compare to dining al fresco on hors d’œuvres out on the patio behind the bungalow.

Are their examples of this in most cultures? I wonder if it is a universal phenomenon the way a culture uses a name from a foreign language so it will be perceived as better. Or should I say, has more cachet?