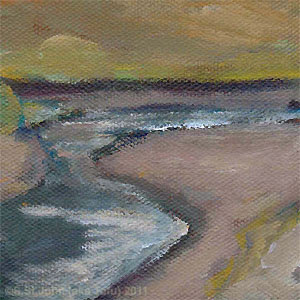 I did this piece along the Walker River in Toiyabe National Forest up in the Eastern Sierra. According to the calendar it’s fall. The mid-morning sun is low in the sky and I had to deal with the blinding glare off the river. It was warm and one could say, the last moment of summer. Later in the day I headed south down Route 395 to get out of the way of the first snowstorm of the season. As I drove south I could look towards the peaks of the Sierra and see the storm looming over the Tioga Pass and Mammoth Lakes. The Eastern Sierra is like California’s attic. It’s up there, a hidden quiet place full of treasure like Mono Lake, Bodie, Devils Postpile National Monument and the Walker River.

Below is a photo of today’s piece drying on rock along the river. Actually it dried very quickly in the mountain air. 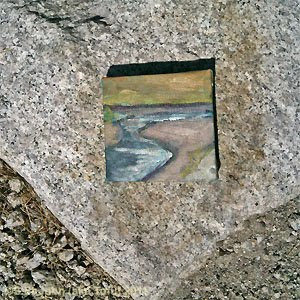