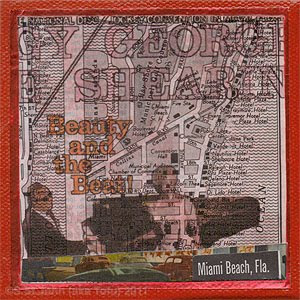 In 1959 George Shearing, with Peggy Lee and Armando Peraza recorded one of the greatest albums of all time — Beauty and the Beat. I admit, my list of greatest albums is quite subjective, but this is one of the greats. The music is flawless and Peggy Lee’s voice was at its peak. I have listened to this album hundreds of times. I started my day with it today. There was a re-issue in 2003 of the album that I have never heard. The 1959 album was intended to be a live recording in Miami. Due to technical recordings it was recorded in studio and the audience and announcements were added later. It’s a bit corny, but I’ll stick to the original. The 2003 re-issue is the pure studio recording.

It’s funny how we still use the word “album” since the physical album has all but disappeared. I own the CD for Beauty and the Beat. And now most music I purchase is downloaded. I gave away my vinyl years ago. The instant gratification and the technological improvements are great. But I miss the feeling of opening an album for the first time. Listening, reading and looking. With the loss of the actual album the artwork has also become a thing of the past.

Yesterday at age 91, George Shearing died. I have to confess, I learned more about him than I ever knew just reading the obituary. His legacy includes one of the greatest albums of all time.
Posted by Tofu at 1:54 PM