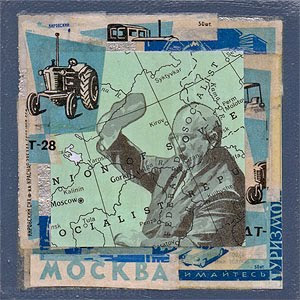 Shoes have been flying in the Middle East this month. Throwing a shoe is one of those insults that will never cease to amuse me. Like most Americans, I didn’t even know this was an option until the Iraqi journalist threw the shoe at George Bush in 2008. It’s no accident they say ¡Viva Zapata! in Mexico. But my favorite radical shoe incident is the legendary banging of the shoe by Nikita Khruschev in 1960 at the U.N. It actually may never have happened and the photos are said to be fakes. Khruschev did boast that, “We will bury you.” All that cold war bluster seems like ancient history. Though it is ironic that virtually all of America’s shoe factories are closed and the shoes are mostly made in China.
Posted by Tofu at 6:28 PM