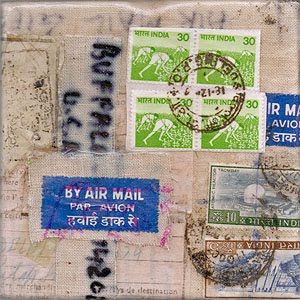 Yesterday I went to the post office to send something via airmail. In 2011 that seems almost quaint. But I do like to keep sending fun things via the mail. It was an appropriate thing to do yesterday. It was the 100th Anniversary of the first airmail letters, officially being sent by plane. On February 17, 1911 the letters made the trip from Santa Rosa to Petaluma. On February 18 (probably about the same time allowing for the international date line), the first letters were sent via air for a short distance in India. A century later, it’s obvious that airmail is towards the end of its life — in particular the airmailed letter.

Before 1911, correspondence was also sent via hot air balloon and courier pigeon. There was a brief time when you could send mail via zeppelin. If it were possible to send my mail via zeppelin, I’d run straight to the post office with a pile of letters.

When I was a kid I collected stamps. None of the stamps are of great value. I have a box of old commemoratives I bought at the post office. They have actually lost value when you adjust for inflation, but as they haven’t been cancelled, you can still use them. More of the stamps are beginning to turn up in my art. I also have those random foreign stamps on envelopes that people would give to a kid who collected stamps. My grandmother was a department store buyer in Buffalo. She would receive these small, hand sewn canvas packets from India with samples. I still have a few of those. Considering India’s role in airmail, it seems appropriate to dissect one for today’s piece. 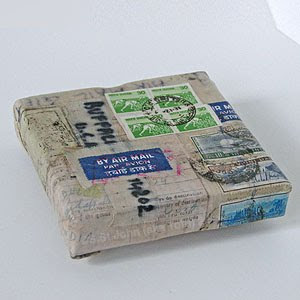