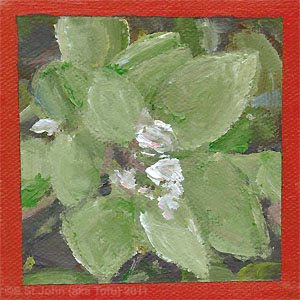 An important event happened today in American History in 1776. Invoking 1776 might make one assume I was referring to something that happened on the East Coast. But the event that happened on March 28, 1776, occurred right here in San Francisco when Juan Bautista de Anza decided where to built a fort we call the Presidio.

The Presidio was the oldest continuously operated military base in the United States when it was closed in 1995. Since then it has come under the management of the National Park system. While the Presidio played a major role in military preparedness and also in the response to the 1906 earthquake, it never really saw any serious conflict. That was until the Army left. Since then it has been a constant battle over the direction and change the Presidio would take. And being San Francisco, passions and tempers have been high. When I watch the news and see what risks people are going to around the world to overthrow dictators, my fellow San Franciscans screaming about the future of the Presidio seem particularly ridiculous. Public input is important, but a bit of perspective would also help.

When the Presidio became a park, my initial reaction was that it was not a pristine wilderness. And while not pristine, it is great how much restoration has taken place in the Presidio. It’s not the place de Anza visited 225 years ago, but it is a bit closer back to what it was. One of the best discoveries was some hidden, rare Franciscan Manzanita. It had not been seen growing in the wild since 1947. California has nearly 100 species of Manzanita (it’s a personal favorite) and many are endemic and have a very small range. Franciscan Manzanita’s original range was limited to our end of the Peninsula. You can see some in the Arboretum in Golden Gate Park. The location of the Franciscan Manzanita in the Presidio is a secret. The Army may be gone, but there are still some top secret spots.