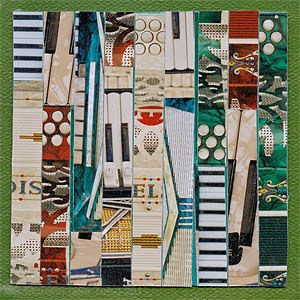 Yes, the accordion is cool. If I had to pick my favorite instrument, the accordion wins. It’s an instrument that is exceedingly difficult to learn (oh to have the time). In less than two hundred years the accordion has spread and been incorporated into local music all over the world. As the accordion has traveled it has given birth to many musical genres from Forró in Brazil to Cumbia in Columbia to Norteño in Mexico. And of course, the happiest music of all, Polka!

The accordion is still often maligned in American culture. Years ago, it often was seen as the “ethnic” and working class instrument for immigrants. Generations later, many people who dismiss the accordion don’t even realize they are perpetuating bourgeois and anti-immigrant attitudes that linger in our culture. They need to step back and just listen. The accordion is the ultimate immigrant and has made a home for itself in all corners of the world.

Now mark those calendars, it’s less than six months to Accordion Festival in Cotati, California.
Posted by Tofu at 5:27 PM