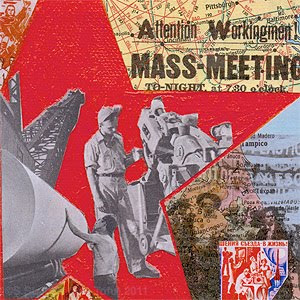 Today is May Day. When International Worker’s Day comes to mind, few think of the United States. For most Americans, May Day conjures up images of Cold War era Soviet Tanks parading in Red Square. We even have a government sanctioned Labor Day to distract us from the “other” day for working people. Most of us have forgotten that May Day got its start here in the United States.

In 1884, May 1 was chose as the day worker’s were to carry out general strikes and campaign for the 8-hour workday. American workers, both immigrant and American born fought and died for rights we take for granted today. On May 4,1886 a bomb exploded at a peaceful labor rally in Chicago’s Haymarket Square. It was never determined who threw the bomb (it may have been an agent provocateur or it may have been an anarchist revolutionary). In the ensuing chaos hundreds were injured and at least twelve died including eight police officers. Many of the police deaths and injuries were caused by “friendly fire.” The number of dead and injured workers has never been determined. Many feared going to hospitals for fear they would be arrested. In the aftermath seven innocent, anarchists were charged, tried and executed in trials that were widely recognized as unjust.