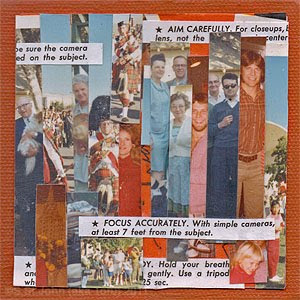 There is something captivating about random, found photos from people I don’t know. The snapshots you find on the street, at garage sales and in found albums. You can deduce what you can from the photo and what was found with the photos. It is always a bit of an exercise in fiction. The macramé planter, bad hair and plaid pants and we know it was the heart of the 1970’s. The envelope from the shop where the film was developed is labeled “Victoria.” I know the Scottish parade was up in Canada in the 1960’s. The man with the sunglasses was an actor (there were headshots of him found in the box). Anything else I say is probably just made up.