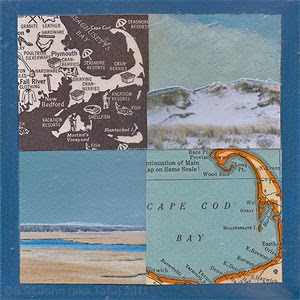 When you grow up on Cape Cod, and Gosnold is name of the street at the corner, you learn something about Bartholomew Gosnold. Bartholomew Gosnold was the English Explorer who “discovered” Cape Cod on May 15, 1602. Of course the Wampanoags and Nausets knew that Gosnold didn’t discover anything. They were already well at home on the place we call Cape Cod. But it was Gosnold who gave the place its name. And until a buried Viking ship emerges from the sands after a storm, Gosnold gets the credit for being the first European to visit Cape Cod. Perhaps if Gosnold had not died young a few years later at Jamestown, we might have all learned about Gosnold in American History Class. And while Geography is barely taught at all in the United States, most people can still find Cape Cod. It’s the arm that sticks out into the Atlantic.