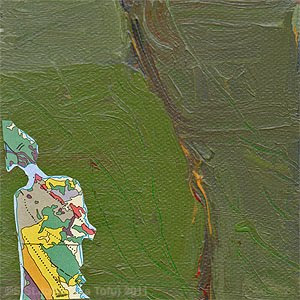 No, we are not to blame. It’s the San Andreas Fault and other faults I am thinking of. Blameless, but at times we are in collective denial about where we sit on the edge of the North American Plate. The recent seismic activity down near Monterey is just a reminder. Are we prepared? It’s more than batteries and water we need to think about. It’s really a matter of mental preparedness and the inevitability of the “big one.” It’s not exactly profound to predict an earthquake, but I do feel it’s coming sooner than later.

I rarely have prophetic dreams about events or people. My dreams tend to be about spaces and places before I see them. Often I have dreams seeing a space and time over and over. Sometimes it as ordinary as seeing a friend’s new apartment before they find it themselves. There are times when I see a new city or town I’ll visit over and over before I go there. And then there are the post-earthquake San Francisco dreams.

I have two different types of post-earthquake dreams, each about 5-6 times a year. The first series of dreams find me wandering in a rebuilt San Francisco that is radically changed about 10 years in the future. Market Street is a corridor of new, mass high rises, subways everywhere, less cars and more urban plazas. It is the sort of radical change that could only happen after a large earthquake. The second dream is the one where I am coming home in the evening to a street that is dug up. Trenches and scaffolding are everywhere. My building is there, but there are usually a lot more people living here.