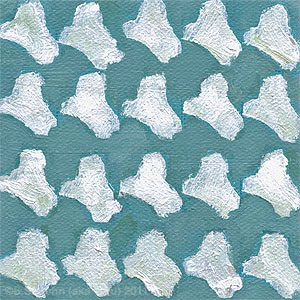 Tomorrow is the 20th Anniversary of the Gulf War. 20 years of war! At 20 we might consider a bit of reflection. Ask yourself, “What would my life have been like if I survived and spent the last 20 years living in Iraq?”

Chances are your life has been better than any life you would have had spending the entire last 20 years in Iraq. (If you have access to a computer and are reading this.)

Yes, it really has been 20 years of war. During the Clinton presidency there was a lull, but there were occasional bombing raids and the economic sanctions punished the poor and most vulnerable in Iraq. In recent years things have finally improved, but the costs are huge — the costs in both human and economic terms. Thousands have been killed on all sides with a staggering amount of civilians caught in the war.

At this date, it is no longer about where you stood on the issue: cheering the war, opposing it, or with the majority in ambivalence. There is no point debating the merits of the war. I believe we all know there was no defense of Saddam Hussein and his evil regime. I think we also know that Iraq has been a horrible place for years.

There are Americans who have a personal connection to Iraq. There are those have served overseas in Iraq. Many have come back injured and about 5,000 have not come back at all. And of course there are their friends and family. There are even newer Americans, immigrants who were lucky enough to get out of Iraq. But, in a country of 300 million, for most Americans, Iraq is no longer on their minds. 20 years is a long time, requiring an attention span that most people our not willing to devote to something happening far away.