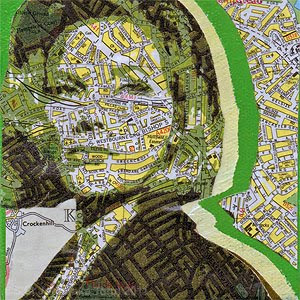 There have been vestiges of Swinging London seeping into my world the last few weeks.

I recently happened on the trailer for Michelangelo Antonioni’s film Blow-Up. The trailer is brilliant. It promised “the dazzle and madness of London today.” A friend and I tried to watch the film on DVD. Alas, I just don’t have the patience for the artsy slow bits. Maybe when people used to smoke in movie theatres, this was easier to endure.

Last night I was watching an episode of one of my guilty pleasures. Yes, I love Midsomer Murders. It’s formula, a bit corny and just plain entertaining after a long day. The episode I watched last night had a particularly glamorous, elderly actress. She was camping it up as a penniless member of the gentry living off of borrowed money. True to form, she came to an untimely end. Apparently rural England is just full of rather quaint murderers.

This morning, I was so curious that I had to see just who that actress was. It was Honor Blackman. No wonder she was so fabulous! Perhaps her most famous part was as one of the greatest Bond Girls — Pussy Galore. So, with some groovy British radio playing with a nod to Honor Blackman and somewhat influenced by Gilbert & George, I was inspired today by Swinging London
Posted by Tofu at 4:48 PM