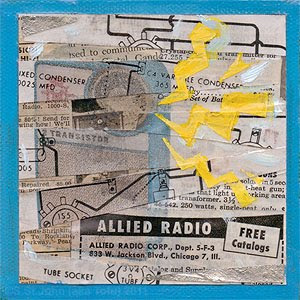 No matter how old we are, radio has always been a part of our lives. Maybe that is why it will take some effort to let it go. It’s had a good run, a nice healthy century. But the life of radio is coming to an end. In many ways, radio was really the beginning of the rapid acceleration of technology that has marked all of our lives.

KUSF, a local college radio station, was abruptly shut down by the University of San Francisco this month. The dedicated volunteers who staffed the station, as well as their listeners, are understandably, quite distressed. While I sympathize with their loss, it does not mean much for me on a personal level. About the only time I listen to broadcast radio anymore is a bit of NPR on a road trip. Radio stations do not have a significant role in my life anymore.

I was also thinking about radio for another reason today. Today is the 25th Anniversary of the space shuttle Challenger disaster. I was living in Switzerland in 1986. I found out about the disaster when I came home from class and turned on the radio. In those days radio was my main source of media (I did not have a TV).

When I first arrived in Switzerland, I diligently listened to German language radio. When setting up my phone service, I naïvely admitted to owning a radio. As soon as I saw the tax bill for radio service, I went to the post office with a great tale about exploding radios and American electrical converters. “Oh no, I was not getting a new radio.” Yes, I was one of those immigrants the Swiss complain about. Truthfully, I never listened to Swiss radio. Much to my surprise, I grew to prefer AFM, the U.S. Armed Forces Radio. I had a year where I seldom had the opportunity to speak English. That is when I finally understood why many immigrants need a radio station in their native language. Sometimes we just need to hear your own language.

Immigrants still depend on radio, but today it mostly is via the internet. I myself am an avid internet radio listener, but what we call “radio” today is no longer the box that many older people used to call “the wireless.”

For today’s piece I used an image of this cute, little, retro transistor radio. I bought it years ago at a yard sale. It’s is labeled a “boys radio.” It normally sits with some kitsch on the bathroom shelf. I’ve had it for over 10 years. Never even put batteries in it, I am not sure if it would even work. But it is cool.
Posted by Tofu at 7:57 PM